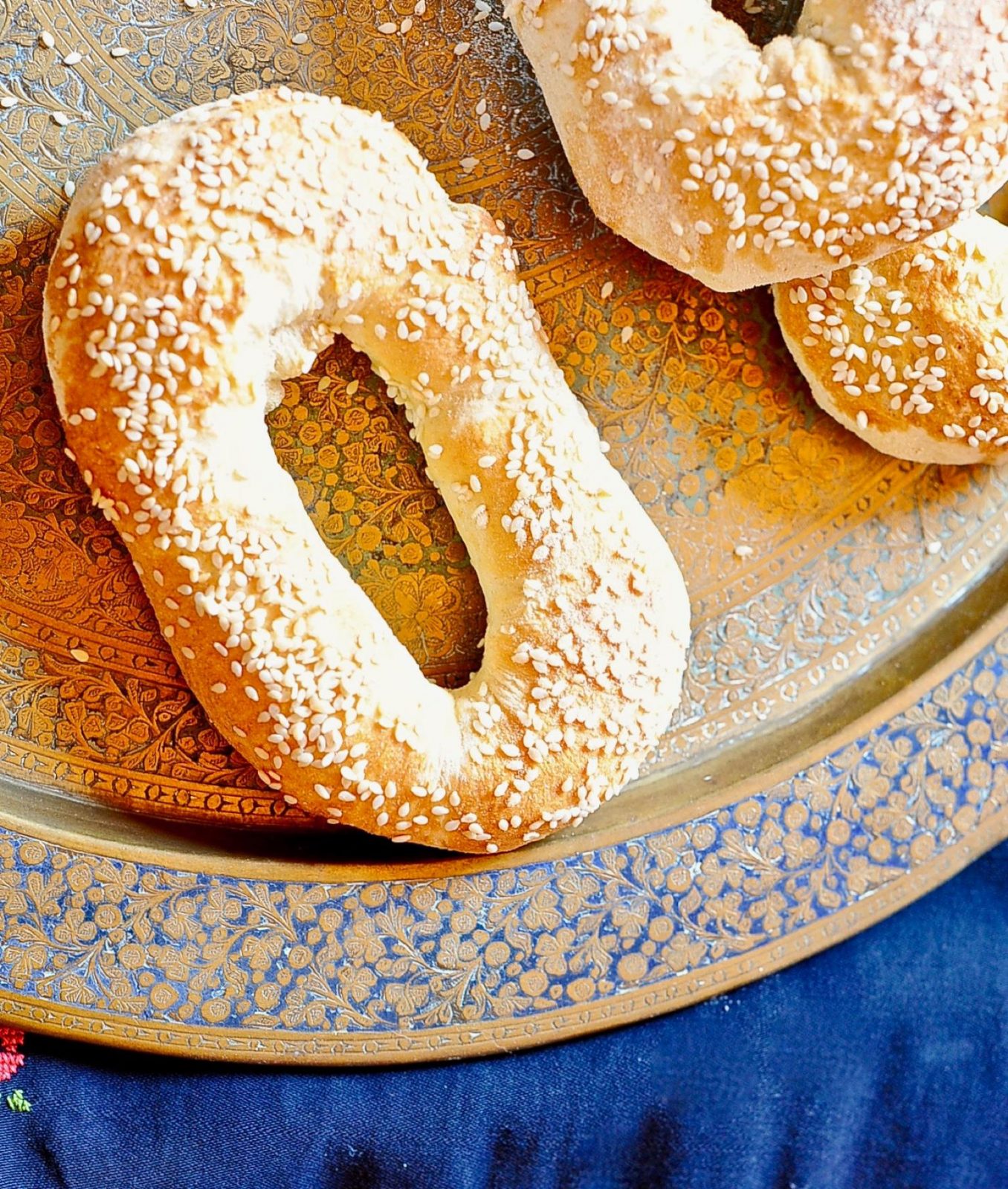 The Old City in Jerusalem is known for its rickety wooden carts piled high with chewy, golden, oblong, bread rings encrusted in fragrant sesame seeds. The vendor will toss a little packet of folded newspaper into your bag. Unwrap it carefully, inside are potent green herbs. Nope it not what you think. It is Za’atar: a magical combination of herbs and salt. Break off a hunk of Jerusalem bread and dip it in. Mmmm, that’s the ticket.

Tired and flushed from a day in the Old City, Hanaan and I sat in the shade of an arched stone doorway. I leaned into him and my mom snapped our picture, caught the three of us, and our glorious day with her crappy camera.

My mother stands there still on the other side of the camera, hair deep red, lips pursed in concentration, eyes sparkling from a day of wandering the alleys and markets of the Four Quarters.

I see more people and days in this photo. My aunt Helle sewed the grey wool skirt that I am wearing with her long fingers as we sat together at her dining room table in Vejle eating nougat and listening to Billie Holiday on the cassette player.

I am wearing the shoes that two years later will adorn my feet at my festive green card wedding.

I see my boyfriend’s grandfather Tzvi staring at this photo and pointing out with his lilting river accent, how small and sparrow-like my hands are next to his beloved grandson’s shovel-like hands.

Once I sat on the steps by a gate at David’s Tower,

I placed my two heavy baskets at my side.

“You see that man with the baskets? Just right of his head there’s an arch from the Roman period.

I said to myself: redemption will come only if their guide tells them,

“You see that arch from the Roman period? It’s not important: but next to it, left and down a bit, there sits a man who’s bought fruit and vegetables for his family.

Jerusalem bread, is made to be shared. Take turns ripping off hunks and dipping them in fragrant, salty Za'atar.