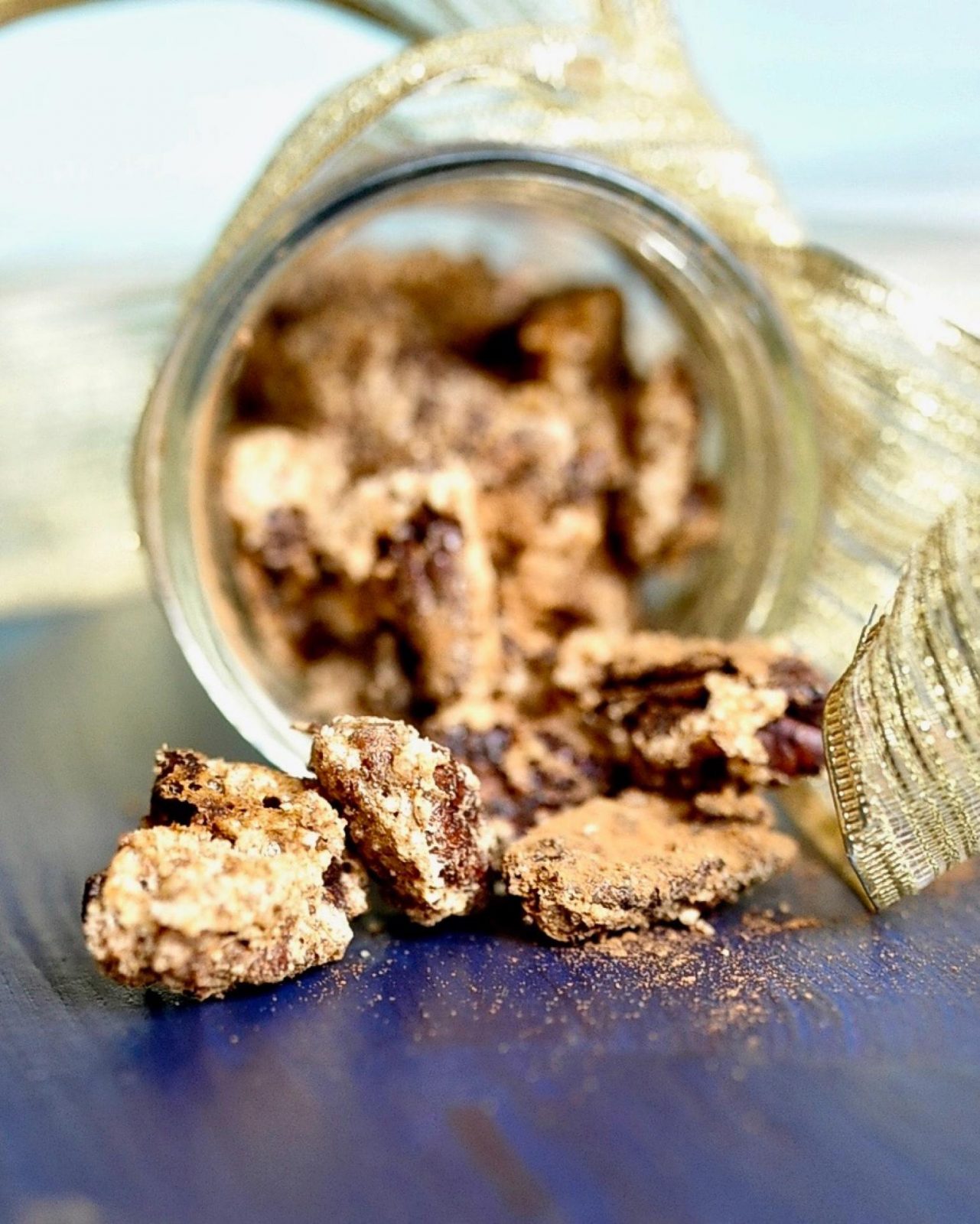 Give them as gifts tied with a big bow.

Strew them over salads.

Scatter them over hot fudge sundaes.

Toss them in a bowl with raisins and cranberries and serve them alongside pre-dinner drinks.

Sneak a handful at midnight.

Take the jars to bed with you cause you’re tired of sneaking down the stairs.

In the beginning there were pecans. And they were good. They were very good. In fact God could have stopped there and I would have been a very happy camper. I am nuts for those varied crunchy foods that we commonly call by the name nut: almonds, cashews, peanuts but all nuts are not equal. You can substitute any nuts for this recipe and it will taste divine. If you happen to really love someone or are invited to Queen Elizabeth’s Birthday party and want to wow her then only pecans (or macadamias if you have just won the lottery) will do. Not having recently won the lottery I opted for pecans.

A quick word of warning!!!!!! All ovens are calibrated differently. Keep your eyes on these while they bake and if they get too dark take them out of the oven.

Sugary, crunchy nutty candied pecans with more than a whisper of spice. Perfect for gift giving.